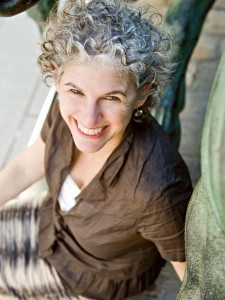 Leora Kahn is founder and executive director of PROOF: Media for Social Justice. She works on global projects with Amnesty International and the United Nations. Her 2007 book Darfur: 20 years of War and Genocide has won several awards and an exhibition travels in the US under the auspices of the Holocaust Museum of Houston. Leora curated an exhibition on child soldiers in collaboration with the UN’s Office on Children and Armed Conflict. An exhibition on rescuers during genocides, Bosnia, Rwanda, Cambodia and the Holocaust, originated at Yale University, travels worldwide. She produced and curated an exhibit on Legacy of Rape, which features the voices and photos of women who have experienced rape during conflict, partnering with UNFPA and TRIAL, in Bosnia, Nepal, DRC and Colombia.

Leora’s film credits include Rene and I, an award-winning documentary about the life an extraordinary woman who was experimented on by Josef Mengele during the Holocaust. She also co-produced Original Intent; a documentary that explores the judicial philosophy promoted by President George W. Bush.

Leora has been a fellow in the Genocide Studies Program at Yale University where she conducts research on rescuers and rescuing behavior and was the Cathy Cohen Lasry Visiting Lecturer at Clark University’s holocaust and Genocide Center. She is fellow at the Adrienne de Rothschild/Columbia University and Cambridge University for social entrepreneurs that involve starting a network between Jews and Muslims. This year she was a Fulbright Senior Specialist and taught a University of Haifa. She teaches human rights and media at International Center for Photography in New York.